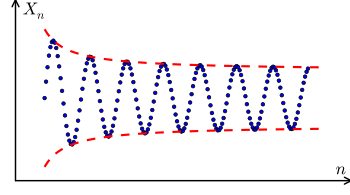 In mathematics, a sequence is an ordered list of objects (or events). Like a set, it contains members (also called elements or terms), and the number of terms (possibly infinite) is called the length of the sequence. Unlike a set, order matters, and exactly the same elements can appear multiple times at different positions in the sequence. A sequence is a discrete function.

For example, (C, R, Y) is a sequence of letters that differs from (Y, C, R), as the ordering matters. Sequences can be finite, as in this example, or infinite, such as the sequence of all even positive integers (2, 4, 6,…). Finite sequences are sometimes known as strings or words and infinite sequences as streams. The empty sequence ( ) is included in most notions of sequence, but may be excluded depending on the context.

via Sequence – Wikipedia, the free encyclopedia.